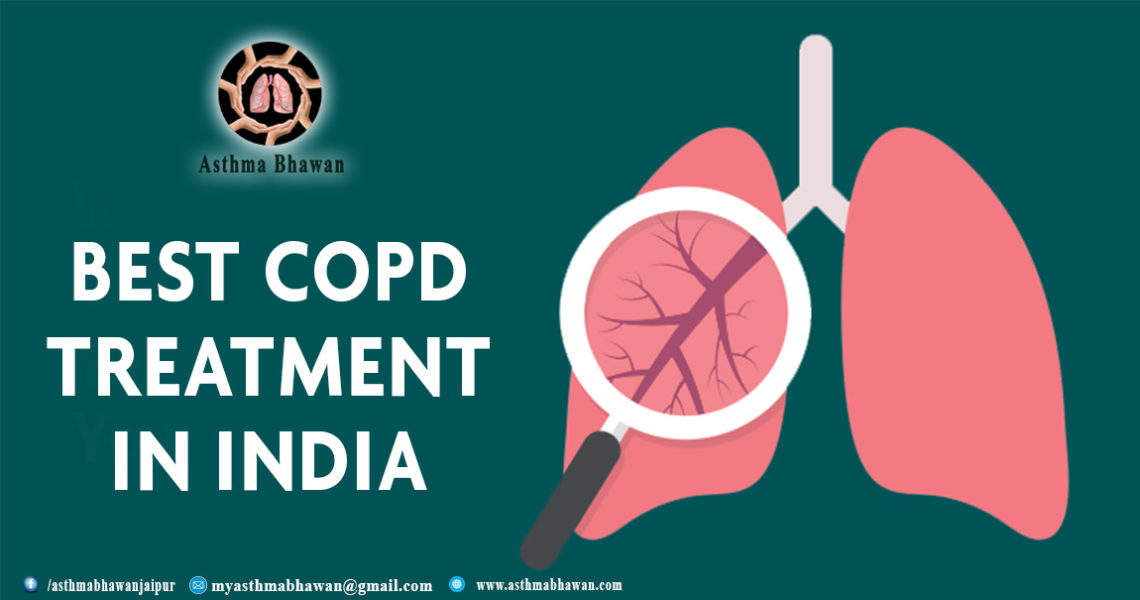 Best COPD Treatment in India:  COPD generally known as Chronic Obstructive Pulmonary alludes to a group of diseases of the lung that choke the flow of air and make difficulty in breathing. Chronic Bronchitis and Emphysema are the two most regular conditions that makeup COPD. It is kind of swelling of the lining of your bronchial airways, which consist of air to and from your lungs. Emphysema happens when the air sacs (alveoli) toward the end of the tiny air sections (bronchioles) in the lungs are gradually destroyed. Asthma Bhawan offers Best COPD Treatment in India.

COPD is usually misdiagnose— previous smokers are frequently tell they have COPD when in all actuality they have another less regular lung condition. Similarly, numerous people who really have COPD aren’t analyze until the disease is increase and intervention are less powerful.

Chronic Obstructive Pulmonary Disease, known as COPD getting worse as time passes. We are unable to control this disease to damage lungs but we can take some prevention and treatment that stop the process of damaging the lungs more and give some relief. Asthma Bhawan offers the Best COPD Treatment in India. Due to Chronic Obstructive Pulmonary Disease, we feel short of breath even fix a meal or while dressing. Even it is very difficult for the patient to exercise or eat and while on breathing it takes more energy. The patient gets weaker over time and often loses weight.

There are various factors that play a vital role in developing of Chronic Obstructive Pulmonary Disease:

What are the symptoms of COPD

So the symptoms and Sign of COPD are the same or different to every person. You need a Best COPD Treatment In India. Shortness of Breathing is the main symptoms of Chronic Obstructive Pulmonary Disease and other reasons are:

Best COPD Treatment in India, How does the patient know if they have COPD?

When you go to the hospital your doctor will ask you about medical history and symptoms after that he will conduct a breathing test and some physical examination.

Spirometry is the very common test performs by the specialist to the COPD patient. In this test, the patient breathes into a flexible and large tube that is connect with a machine, call a spirometer. It monitors how much air hold by the patient and how fast air blow through the lungs.

How is it treated?

Smoking is the main reason for COPD, it is important to quit smoking. Doesn’t matter how long you are smoking and how serious your Chronic Obstructive Pulmonary Disease. If you want to get instant relief and stop this disease to damage your lungs then you should have to stop smoking immediately. Click Here For more: http://asthmabhawan.com.