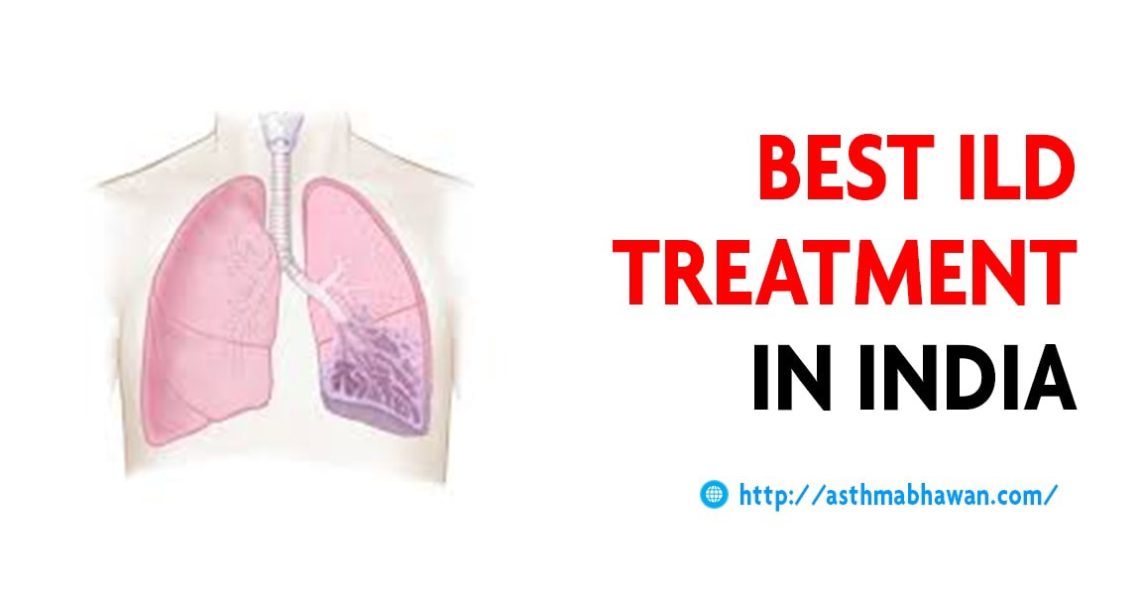 ILD (Interstitial lung disease) is a wide range of illnesses, the majority of which result in the gradual scarring of lung tissue. In this disease, your ability to breathe is eventually affected. The alveoli are where oxygen enters your bloodstream. These sacs are less able to enlarge when they are scared. Less oxygen gets into your blood as a result. The blood vessels, lung walls, and other organs of your lungs can also be affected by it. Asthma Bhawan is a hospital with several facilities for the Best ILD treatment In Rajasthan.

In Interstitial lung disease, the medicine may slow down the damage to the lung occurring due to ILD, but in most cases, the patient never recovers correctly. In some severe cases, a lung transplant is the only option to treat ILD (Interstitial Lung Disease). Best Lung Cancer Treatment Center in Jaipur

Interstitial lung disease can manifest itself in more than 200 different ways. Some of these are here:

When the symptoms of interstitial lung disease appear, it is already an attack on the lung. The doctor must watch for the first sign of breathing issues. Patients need proper and Best ILD treatment In Rajasthan | India. When you find the starting indication or symptoms of ILD, then you have a consult with the pulmonologist (specialized doctor in Lung Disorders). Always prepare for the question that your doctor may be asking about symptoms persistency or do they look to disappear and then reappear, your lifestyle, family history, or other essential things. So, the ILD’s most typical symptoms include:

The severity of the symptoms can vary, and they could resemble those of other respiratory illnesses or medical conditions. If you have difficulty breathing or other symptoms, consult a doctor. Following a diagnosis, you can begin managing the inflammation and scarring with therapies.

Interstitial lung disease (ILD) may result from a variety of reasons, such as the following:

Idiopathic ILD is the term used to describe situations, are no recognized causes of ILD.

Treatment options can range from the following, depending on the precise cause and course of your disease:

Rehabilitation of the lungs

As required, comorbidity treatment may be used:

Moreover, Asthma Bhawan is one of best India’s asthma centers. and provide the Best ILD treatment In Rajasthan. It has high-quality facilities and is a non-government organization (NGO). Hence, consult Asthma Bhawan, if you are suffering from interstitial lung disease. Our skilled doctor has an excellent knowledge of dealing with cases of Interstitial Lung Disease successfully. We also provide lung care for kids and adults, paying close attention to all pulmonary diseases.